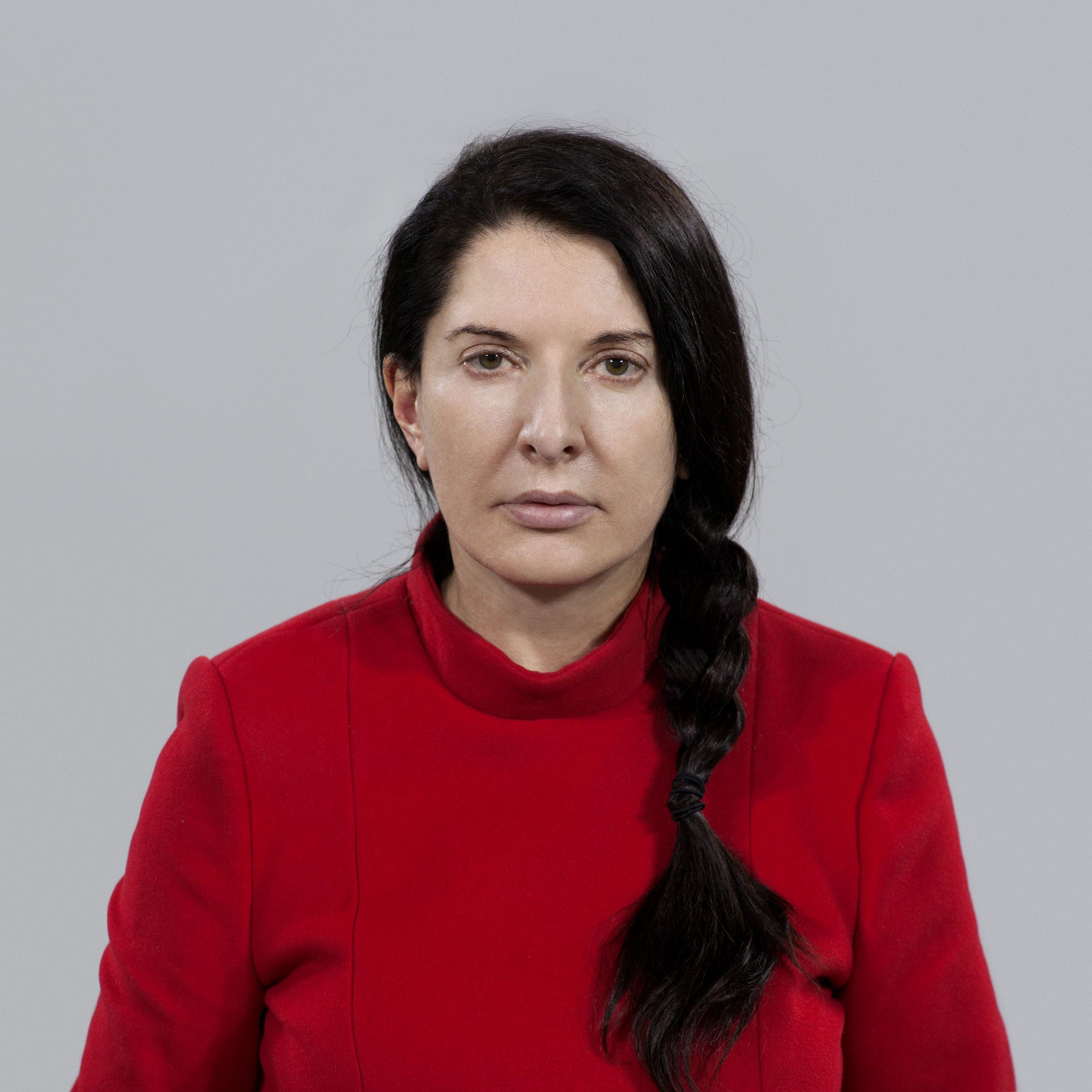 Working in a wide range of media, Marina Abramović is best known for her provocative performance works, employing her own body as both subject and medium. In an early performance entitled Rhythm 10, Abramović repeatedly stabbed the spaces between her fingers with a series of knives, effectively testing the relationship between the mental and physical, and reinterpreting the concept of rhythm. Between 1976 and 1988, Abramović collaborated with German photographer and performance artist Ulay to create performance works that explore such binaries as male and female, active and passive, through the execution of repetitive, exhausting, and often painful actions. Abramović has continued to work independently since then, staging performative works that increasingly demand viewer involvement, such as her MoMA retrospective, “The Artist Is Present,” in which museum visitors could sit down across from Abramović at a table and engage in a silent exchange with the artist.