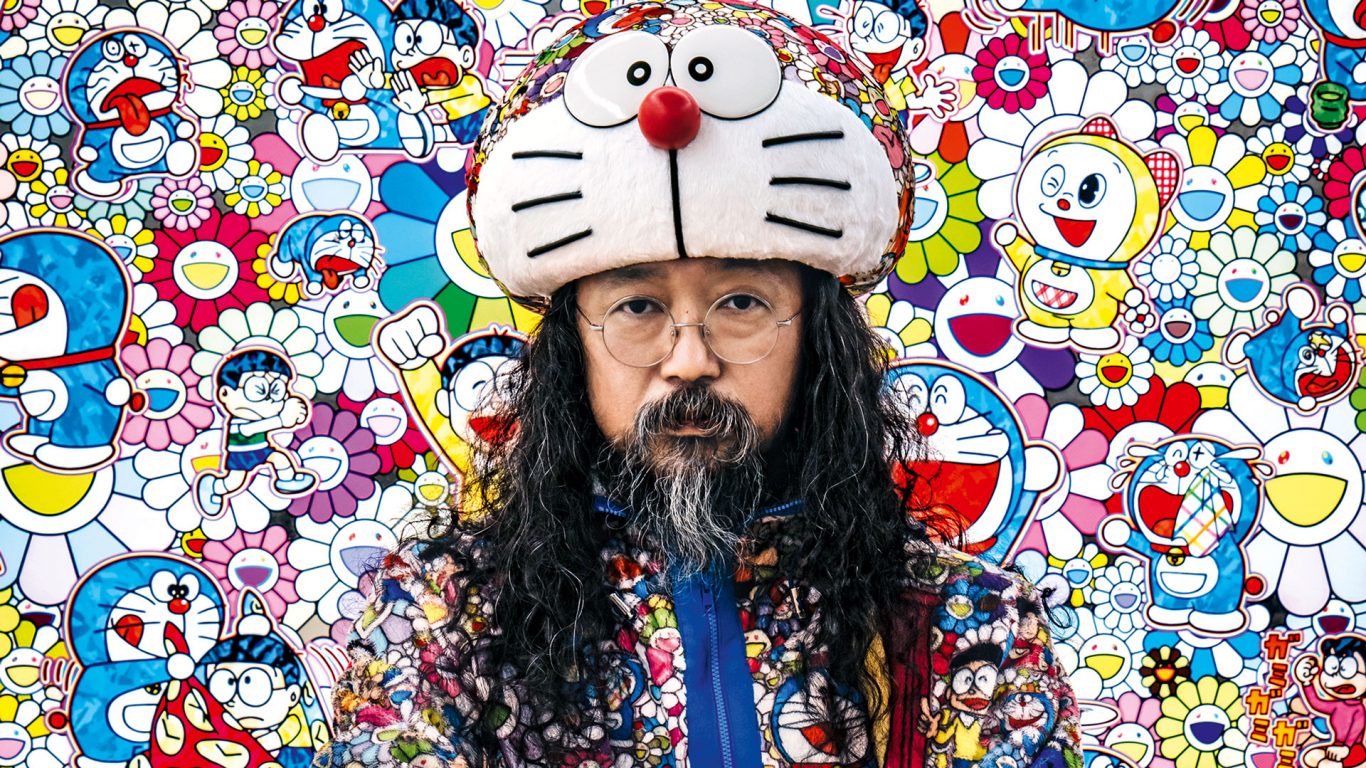 Takashi Murakami is a Japanese artist known for blurring the boundary between fine and commercial art. Often categorized alongside historic and contemporary artists working in the tradition of Pop Art, such as Andy Warhol, Damien Hirst, and Jeff Koons, Murakami's work has achieved a widespread level of fame beyond the art world. His innovative “Superflat” aesthetic—combining classical Japanese art with contemporary Japanese pop culture—has led many to consider him one of the most innovative artists working today. Exploring the links between traditional printmaking techniques and Japanese manga in postwar society, Murakami’s art acts as a cultural barometer with subversive undertones and imagery. “My aesthetic sense was formed at a young age by what surrounded me: the narrow residential spaces of Japan and the mental escapes from those spaces that took the forms of manga and anime,” he reflected. Born on February 1, 1962 in Tokyo, Japan, where he continues to live and work, Murakami has embraced commerce through the founding of Kaikai Kiki Co., Ltd., an artist management agency and studio based in both New York and Munich. With his popular collaboration with the fashion label Louis Vuitton, Murakami has established himself as a pioneer of promoting art as a brand. In 2007, Murakami provided the cover artwork for rapper Kanye West's album Graduation. The artist’s work has been the subject of numerous exhibitions around the world, include those held at the Mori Art Museum in Tokyo, Gagosian Gallery in London, the Guggenheim Museum in Bilbao, and the Versailles Palace.